A creative community in Tucson Arizona

On Day 5 of the March is for Making series, I'd like to introduce you to one of the most inclusive and accessible maker spaces I've had the pleasure of visiting (and joining).

Many of you know that Craig and I usually spend 6 months traveling in our 1983 Bluebird bus named BELLA. Last year was an exception due to COVID.  During  our travels across the country, we are always on the look out for creative spaces to visit or to meet other creatives.   This winter we revisited Tucson's maker space - Xerocraft.

Our plan was to be in Tucson for a month right before Christmas.  And since December is always a fun month for creating and making and this year I inquired as to whether I could join  Xerocraft during our stay.   Their website indicated that they allowed monthly membership and they welcomed me as a member.  I was so excited about the possibility to  access to a laser cutter for some holiday presents I hoped to make.

Yes, I got access to the laser cutter, but I also discovered an amazing maker community and made some new friends.    We visit lots of maker spaces in our travels, and I have to say that Xerocraft is the friendliest, most accessible and inclusive maker space I've had the pleasure of engaging with. 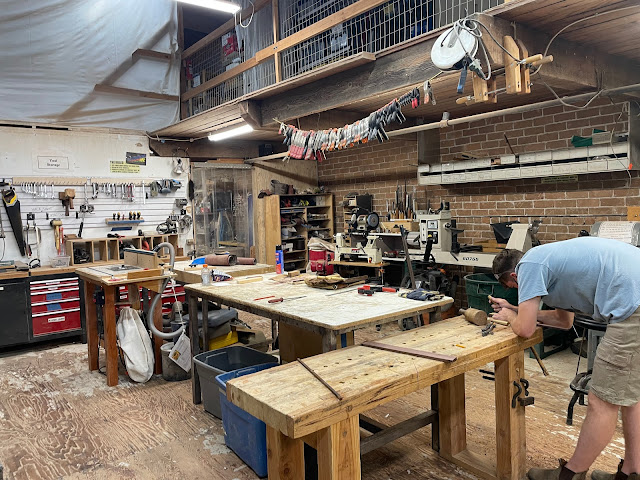 The fact that they allow one month membership makes it very accessible.  They don't have a lengthy tool certification process, and instead volunteer shop leads get you up to speed so you can get started quickly and safely.
Guy and Terry got me going with  their laser cutter within days of my joining, and I experimented with lots of iterations for ideas I had for holiday presents.  It was so handy to be able to purchase materials in house as I needed it without having to interrupt my making to go source wood. 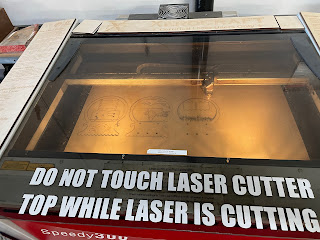 I noticed a sewing class happening on the Wednesday night and was welcomed by Cyndi and several members working on a variety of sewing projects. 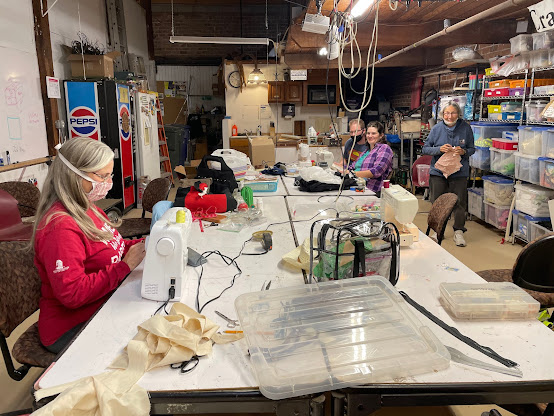 That night I discovered they had an old embroidery machine gathering dust on the bottom shelf.
Since I've been looking to explore TurtleStitch as a way to explore coding, I convinced Craig to see if he could get it up and running.   (We came close) 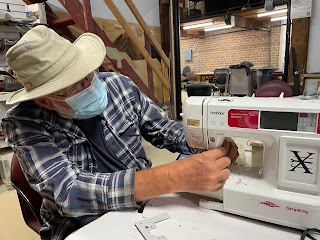 That night I also got to witness an amazing interaction between an amazing mentor and his middle school aged mentee. 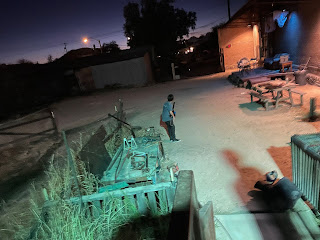 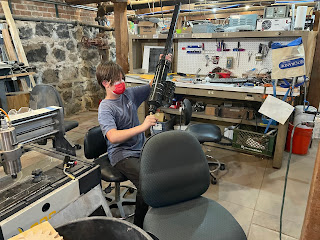 Just imagine the multi-generational relationship that can be developed
while making your own potato gun.
The next week I attended the Tuesday night WTF hack where the maker spaces is only open to those who identify as women, trans, and femme. 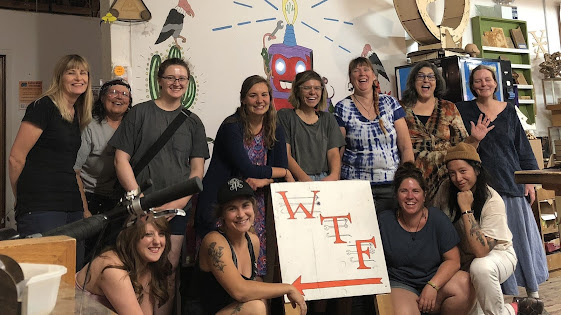 My new friends  from Xerocraft's WTF  were eager to help me consider new possibilities for renaming my 20 year project (TechSavvyGirls) to become more inclusive.  We brainstormed lots of possibilities that I will take back to Vermont.   Terry even invited me to share my e-Textile skills at their holiday party and the next WTF hack night. 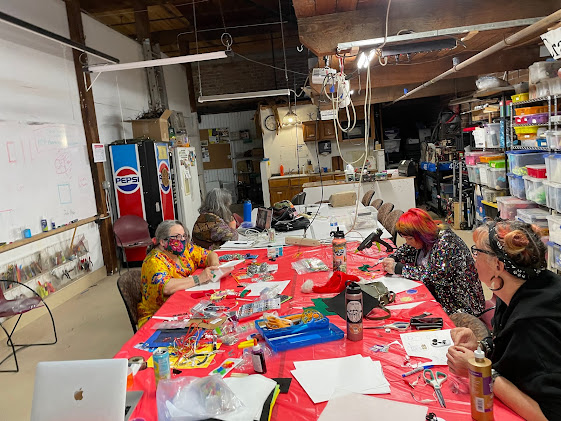 I decided to create an entry level project that allowed you to light up
a bowtie that could be used to embellish a holiday outfit or dress up a holiday gift. 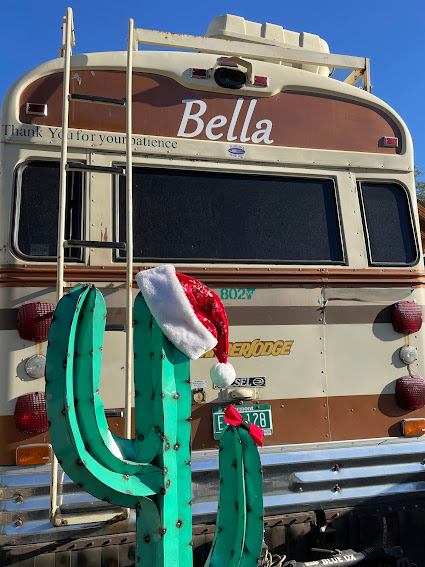 Of course these creative ladies took it in several new directions. 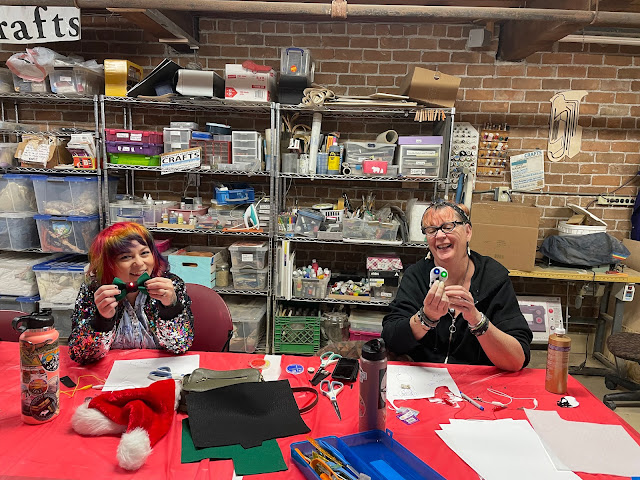 A few days later I brought my project to their
annual Holiday party and got to meet more fun and adventuresome creatives. 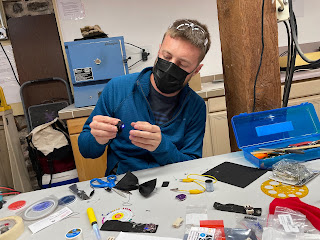 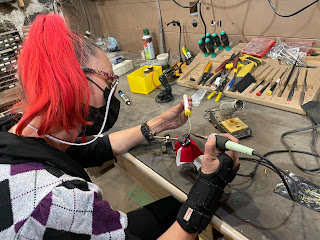 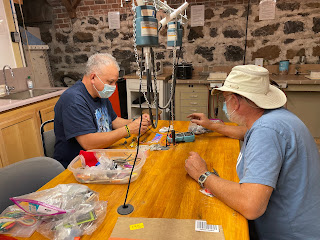 Craig was a great sport and helped me out when we needed it.
He also networked with some amazing creatives  like this
artist using irradesescent beetle wings in  her crafts. 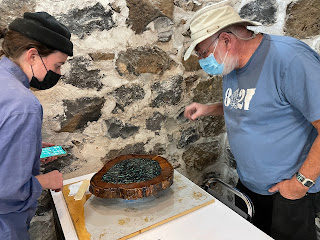 My only regret about my membership at Xerocraft was that
it was only a month because I had an airplane ticket to make it
back east to spend Christmas with the grandkids.

During our stay at Tucson, we stayed at Desert Trails RV park
which is in western part of Tucson adjacent to the Tucson Mountain County Park where
we took some wonderful walks through the desert. 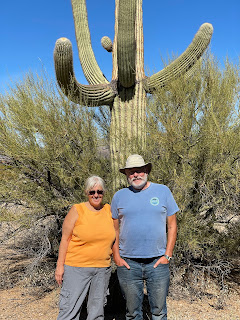 I even introduced other snowbirds at Desert Trails RV
Park to add sewable LED lights with conductive thread to
their sewing projects. 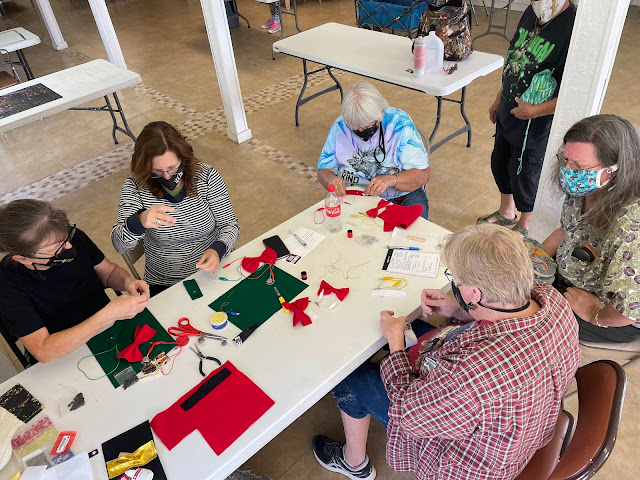 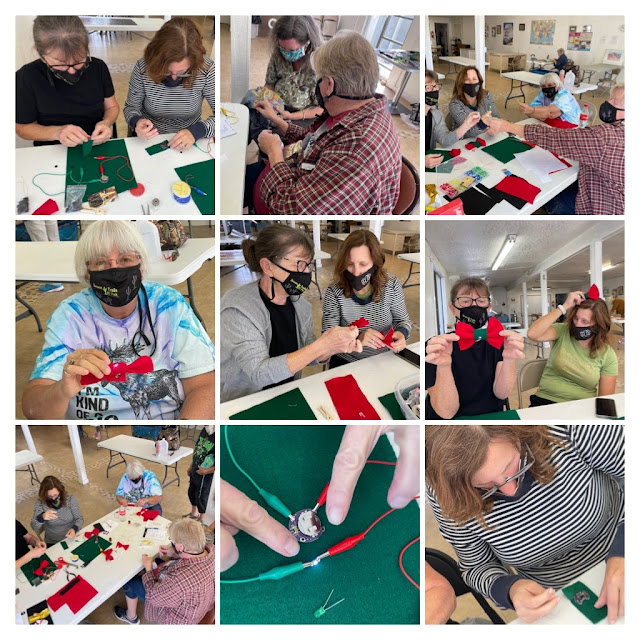