3D printers in Education - Much more than KeyChains

It started with a group of Vermont educators sharing their journey into 3D printing in their schools and ended up with conversations about the past, the present and the future of printing.


At Vita-Learn's recent Google Hangout on Air featuring 3D printers in education, we reminisced about the days when printers arrived on the scene and we were actually trying to find things to print on our fanfold paper and dot matrix printers.   Many of us remembered trying to justify the cost of our school's first laser printer (much more expensive than the price of a classroom style 3D printer).   Just as the laser printer has become standard equipment in today's school,  we expect that it will not be long before most students will find a 3D printer available to them in their schools.  In last week's post I featured two Vermont middle schools using 3D printers.  This week we take a look at some examples of high school students printing for a purpose.  (You can watch Eric Hall from MMU showcase the work of Dan Tolle's high school students in the following Google Hangout on Air)


The schools that have ventured into the world of 3D printing are already finding the need for a second printer as more and more students are experimenting with 3D design as a way of expressing themselves or solving problems. While most schools start using their 3D printer in a class that aims to teach the design process, it doesn’t take long for the availability of a 3D printer to become common knowledge as the first round of 3D prints circulate amongst students.

At  Mount Mansfield Union High School (MMU), students are often introduced to 3D printing by science teacher Dan Tolle in his TEAMS class. (Technology Engineering Arts Mathematics and Science)  MMU now has both the MakerBot2 and the MakerBot 2X which allows them to print more items and to also print using  both PLA and ABS filament. ABS filament is a harder substance similar to Legos and requires extra printing features to control the heating and cooling process. Most schools' 3D printing projects start using PLA filament which is usually biodegradable and requires less ventilation.

It was no surprise to find MMU students in Dan Tolle's design courses printing parts to solve engineering problems for the University of Vermont's annual TASC design challenge.  This year, Mr. Tolle's students are printing parts to use in their wire walker (a device that can travel from one endpoint to another on a steel wire, reverse itself and return) While some student designed wire walkers included just one 3D printed component, others were totally constructed from  3D printed parts.

As availability and awareness of 3D printing increased, the MMU school community started to imagine and design their own solutions to problems such as missing tripod mounts or the broken vacuum cleaner part pictured below.

Students motivated by the possibilities were teaching themselves  the software that best fit their modeling needs  and showing up with files looking for a 3D printer. Tech integrator, Eric Hall shared a design created using  Sculptris software by an MMU art student that is not only part of her portfolio, but also part of her identity as an artist.  Students become more and more vested in the product during each iterative step of the design process. Free modeling software and the access to a 3D printer provided the tools for this student to take what she imagined to a new level.

Students also use modeling software such as Shapesmith, Sketchup and OpenSCAD to turn their designs into a 3D print.

With the ability to easily share and showcase design files using online spaces like Thingverse, the interactive process of design continues to evolve beyond the original design. Not long after chemistry teacher Dan Tolle posted these 6 tactile and visual representation of the different properties of the elements of the periodic table to Thingverse, he discovered that it had been downloaded and repurposed as a Braille periodic table. the concepts of mashups, innovations, and building on each others work.

Once students are given access to tools that create models and  the ability to print their designs, it takes a educator who is truly committed to the process of learning to challenge students to move beyond the quick rewards made possible by increased access to tools such as 3D printing and online repositories of printable objects can bring.  In his recent article Blikstein warns us about the “keychain syndrome” that the level of engagement made possible by tools like 3D printers can lead lead to.

“The workshop became a keychain factory, and students would not engage in anything else. The plan worked too well – it backfired. Students found an activity that was personally meaningful, produced professional looking products that were admired and envied, and used a high-tech device. However, as much as it was a very effective solution to engage them in digital fabrication, it offered a too big reward for a relatively small effort, to produce an object that did not include any computation or complex constructive challenges.”— Blikstein, 2013, p. 9 Digital Fabrication and 'Making'in Education: The Democratization of Invention 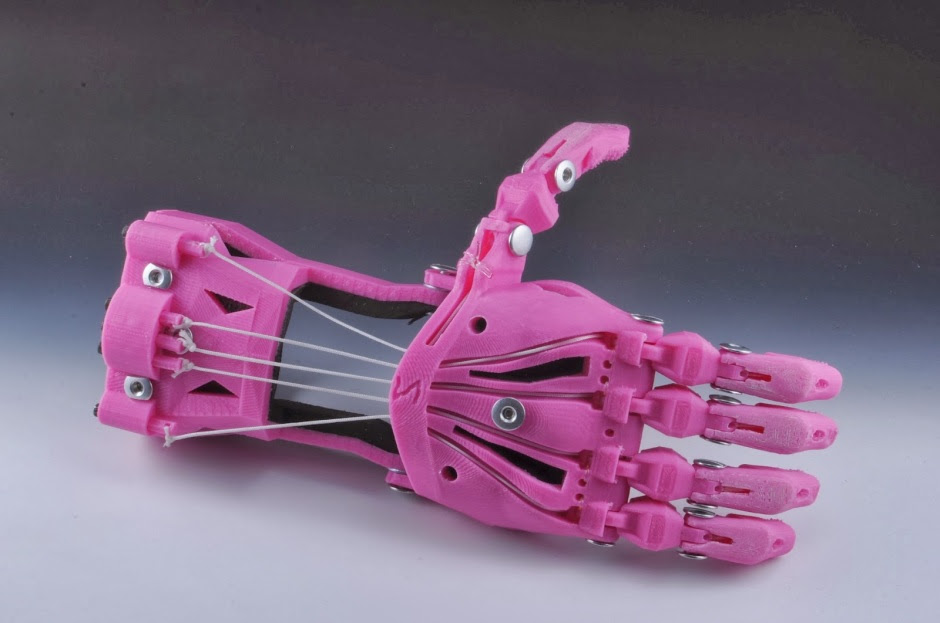 But with the right guidance and tools, high school students like Charlotte, Catherine, Mike and Henry can discover and join authentic work where  a collective group of “Makers” are designing and building 3d printed prosthetic hands.   These students recently saw the “Snap to” version of the hand posted at Enabling the Future,  and started working on their own version  that would make the hand more functional.
According to the Enable the Future blog, the students
“worked with their mentors Saeed and Andrew, they came up with the “Ratchet Hand,” “Writing Hand,” and the “Baseball Hand.” The Ratchet hand has slots for utensils, slots sized just right for crayons, pens, pencils and paintbrushes. These students strongly believe (as they should!) that everyone should have the ability to create, draw and write easily – so they focused on coming up with an idea that could help people to do just that! 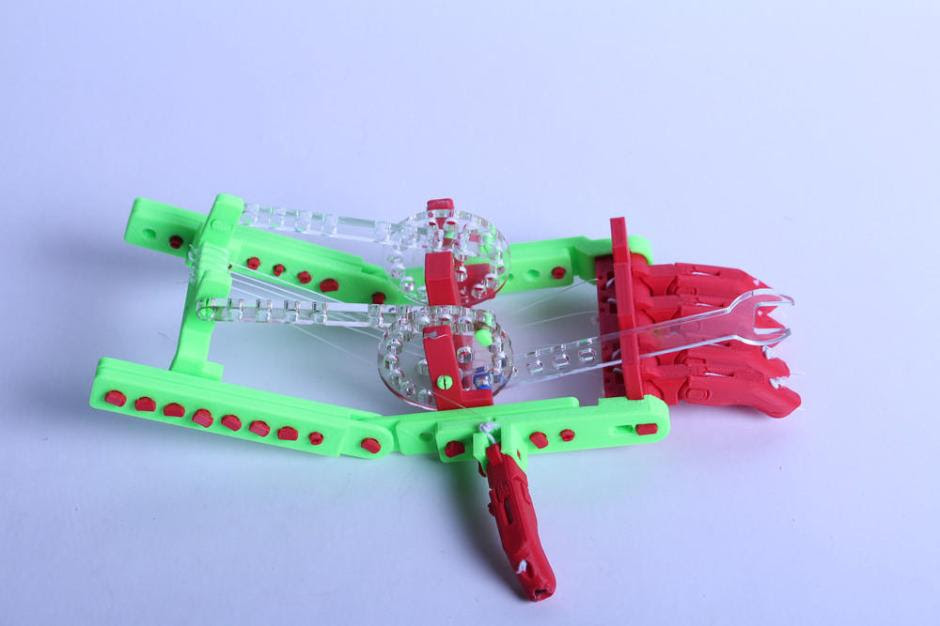 Jon Schull, Research Scientist in MAGIC (RIT's Center for Media, Arts, Games, Interaction and Creativity) is hopeful that educators will work together “to develop an e-NABLE curriculum that includes design, 3D printing, service, philanthropy, biology and social studies(especially if we make hands for children in conflict zones). The concept of high school students printing hands for others is spreading and more and more students are finding support and posting their stories in e-NABLE's G+ Community.

Although many schools we talked to felt they were in very early stages of figuring out curriculum connections  and the place of 3D printers in schools, the growing presence of 3D printers and increasing feeling that anyone can do it, with a focus on printing functional things, not just designs, is leading to real world authentic learning for students which has moved way beyond the printing of keychains.

Is your school currently using 3D printers with students?  Is so, please share your learning, insights, aspirations.

Posted by Lucie deLaBruere at 9:27 AM No comments:
Email ThisBlogThis!Share to TwitterShare to FacebookShare to Pinterest
Labels: 3D printing
Newer Posts Older Posts Home
Subscribe to: Posts (Atom)
Powered by