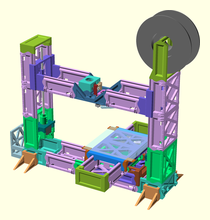 It started with a conversation between Rodney Batschelet and Lucie deLaBruere about how to engage educators around the topic of 3D printing at our annual educational technology conference - VermontFest 2016.  After Lucie suggested organizing a communal collaborative 3D printer build in the Innovation Lounge, Rodney quickly added "What if we build a 3D printer from 3D printed parts?"

There was no turning back!  The more challenges we experienced,  the more determined we became to make this happen.
Using the documentation from the Snappy's Wiki
http://reprap.org/wiki/Snappy
we moved forward. Rodney started organizing the parts to be printed while Lucie ordered the hardware.


Our goal were to 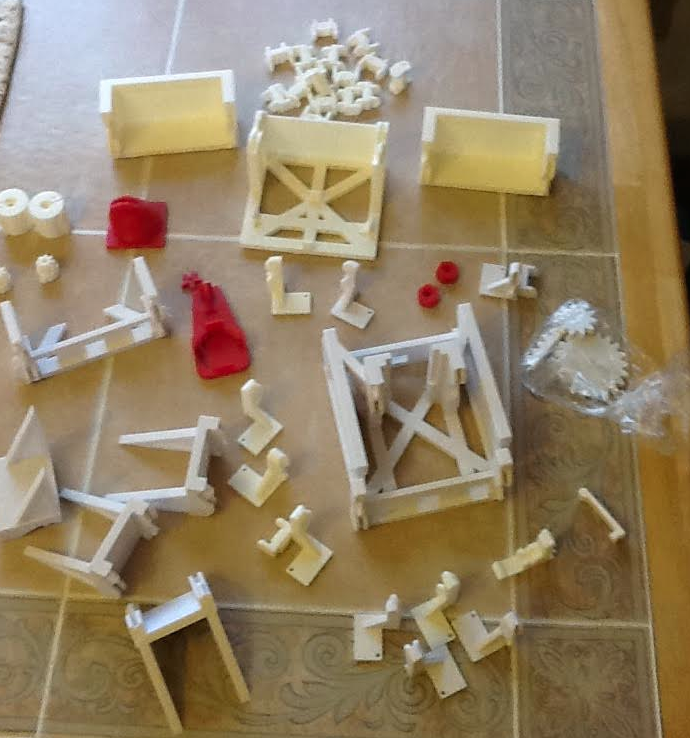 Our first obstacle was when we realized that printing the parts would take over 200 hours and we didn't have 200 hours left before the conference. 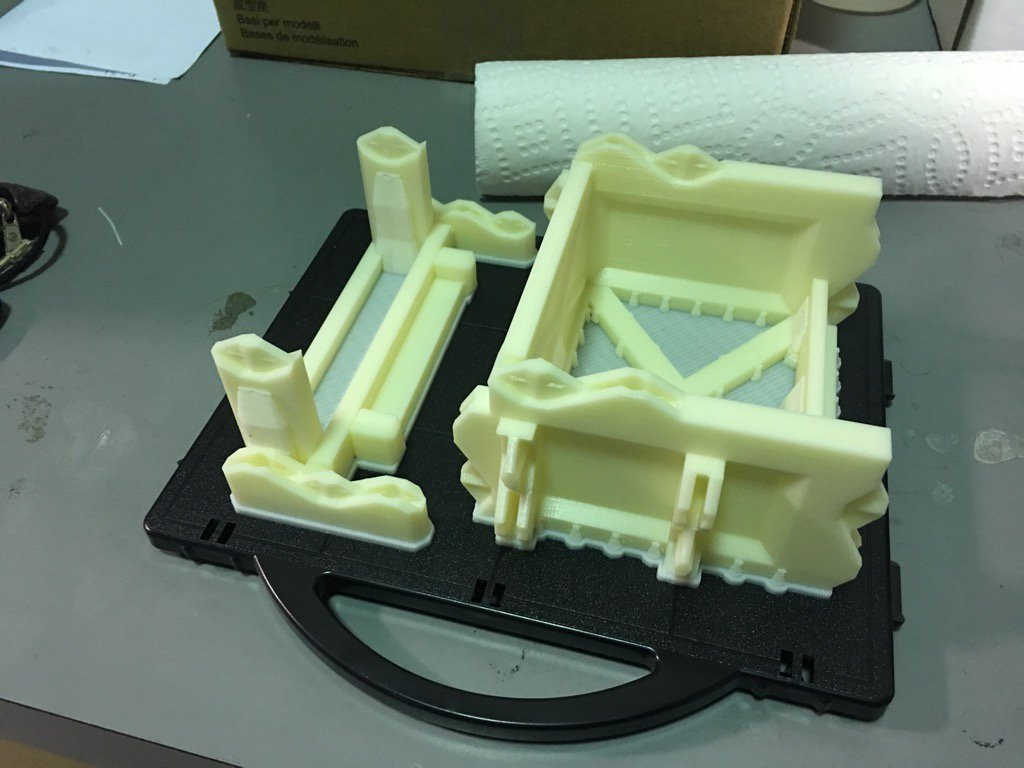 Rodney started printing like a madman using his Affinia 3D printer (right) while Lucie quickly learned the workflow to using the Stratsys UPrint at the Generator ~Burlington's makerspace (left).

We also  reached out to the Maker-Ed Community to see who else might want to join us as collaborators in this project. Thanks to the collaborative maker spirit of our network of educators and makers, printers throughout the state started churning out parts for the SNAPPY 3D printer. Community Maker, Jon Bondy, joined us printing the 10 rails, and the Generator, Burlington's community maker space offered its use of its Stratsys uPrint to print the xy and xz joiner parts and spool holder.

Andrew Mercer, educational rep for AET Labs, picked up the last 3 parts to be printed and sent them overnight to the conference site on the eve of the printer build.

3D printed parts traveled from various corners of Vermont to the Killington Grand Hotel for the Communal 3D build which kicked off November 3-4 at VermontFest 2016. Click on the various pins in this maps to see the parts that were printed and where they came from. On Thursday morning, Lucie deLaBruere and Rodney Batschelet kicked off the build with a Special Topic Talk in the Innovation Lounge while Lisa Cacciatore and Chris Cole from Addison Rutland Supervisory Union dove right in with Step 1 of the Build Instructions

Over the next few days conference attendees joined Rodney Batchelet and Chris Cole adding pieces, removing support materials, and moving the project along. At one point it became obvious that we were missing a few parts and there were a few extra copies of other parts. Patricia Aigner and Jack Adams quickly stepped up with a plan for printing the missing pieces on Rutland High School's 3D printer while Rodney fired up his Affinia, making it possible for the build to continue.

By the end of Day 1 it was starting to look like a 3D printer. Steve Liggett from Waits River Valley School joined the lead team on Day 2 as the build continued reaching a point where all 3D printed parts were assembled.

Here is a short video of the Snappy 3D printer build so far! As we reached the end of Day 2, it was obvious that the build would need extra time to get the electronics in place.

And a special THANK YOU to some key folks who believed in this project and offered so much support.

Posted by Lucie deLaBruere at 9:20 AM 1 comment:
Email ThisBlogThis!Share to TwitterShare to FacebookShare to Pinterest
Newer Posts Older Posts Home
Subscribe to: Posts (Atom)
Powered by