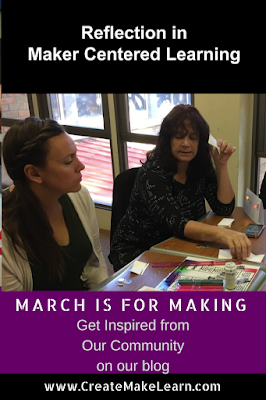 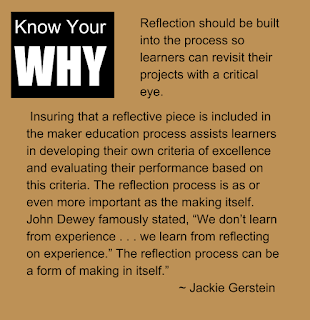 Anyone who is a fan of John Dewey knows that he would be a fan of maker centered learning.


“Give the pupils something to do, not something to learn; and the doing is of such a nature as to demand thinking; learning naturally results.”  ~ John Dewey

But Dewey believed in more than DOING - he believed that the learning happened from reflection.

I couldn’t agree more, which is why I think it is so important that as we create experiences where students are creating, making, and learning that we are also including reflection as part of the process.
Today’s March is for Making inspiration comes from a maker educator who is a master at process of reflection - Jackie Gerstein.
I have been observing Jackie’s reflective practices for years as an avid reader of her blog: https://usergeneratededucation.wordpress.com

Her blog is filled with reflections on reflecting and tools and strategies to support reflection.

It’s also filled with great ideas and examples of making with kids and adults.
For example check out  Jackie’s blog post on Making with Cardboard  filled with reflection on her own practice as well as great examples of her students making with cardboard
Although I have read many of her blog posts on the process of reflection, this past December I  was fortunate enough to accompany Jackie to a conference and watch her put some of these strategies into practice with teachers attending one of  her maker centered learning workshop. Through her blog and in her workshops, Jackie freely shares several tools she has developed to support reflection as part of the process of making, including this framework for reflecting. 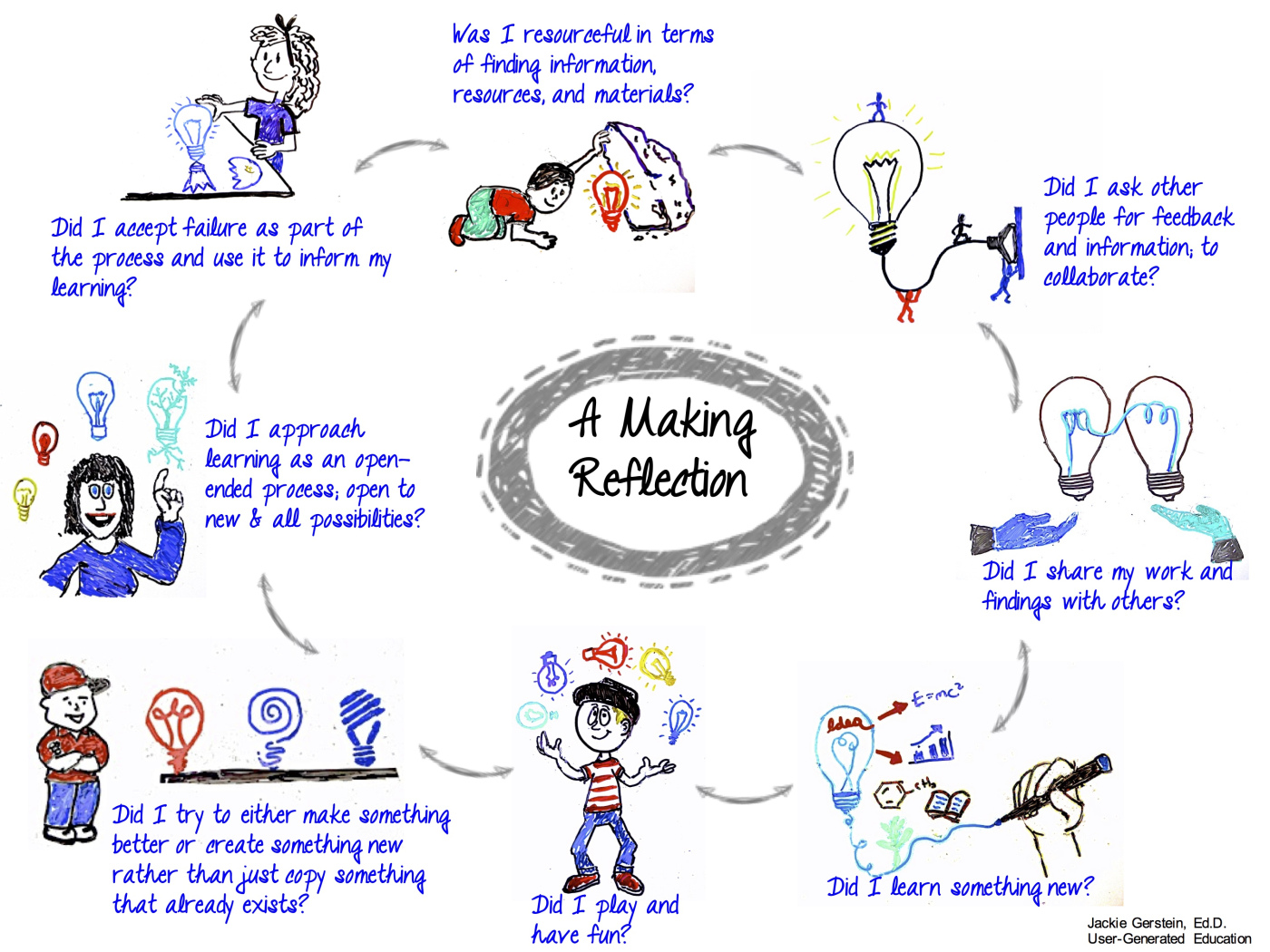 One of the most powerful tool she uses is to encourage the reflection through the making process as she walks around and engages with learners while they make. 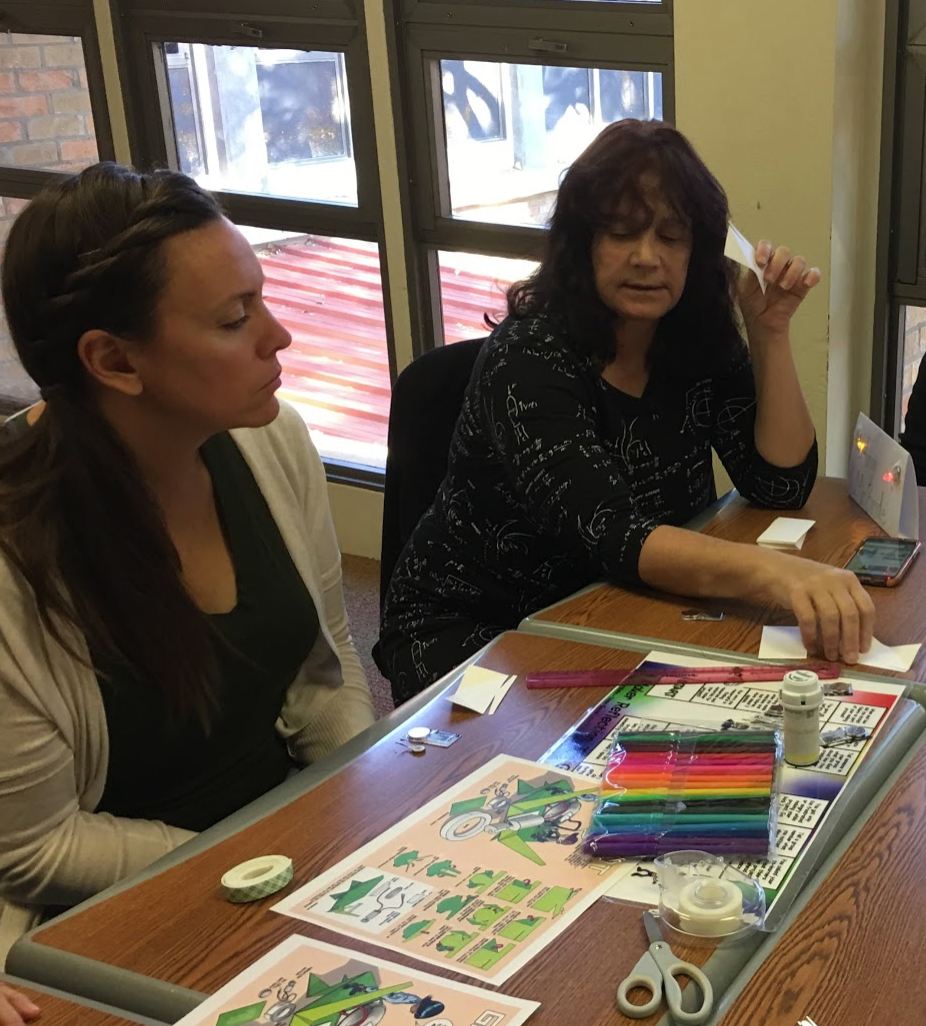 “Ask  more questions based on what they are saying..
BE PRESENT for those people…
Too often what happens is
Teachers are formulating the next question in their head
Rather than be fully present for the learner.
Validate what they are saying..
Listen to what they say they are learning ...
Create a place of safety …where they are willing to be vulnerable as they talk about their process. “ 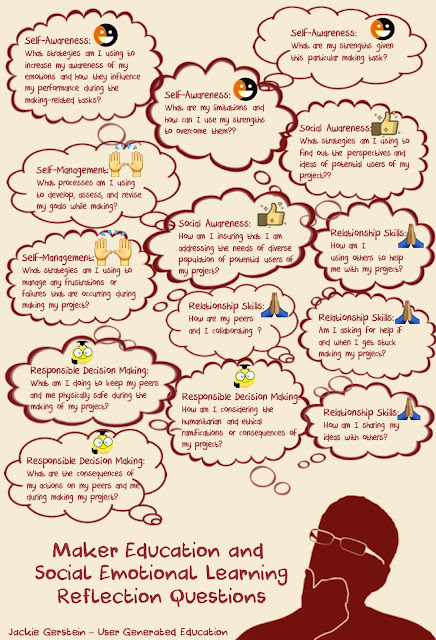 Realizing that it can be challenging to STOP and REFLECT in the flow of making,  Jackie has developed a game board, that scaffolds the process in a fun way.  I watched her successfully pause the making process and ask groups of learners  to each roll the  dice and use the prompts on the game board to  reflect on. You can find the game board and other tools to help you facilitate reflection in making on her blog. 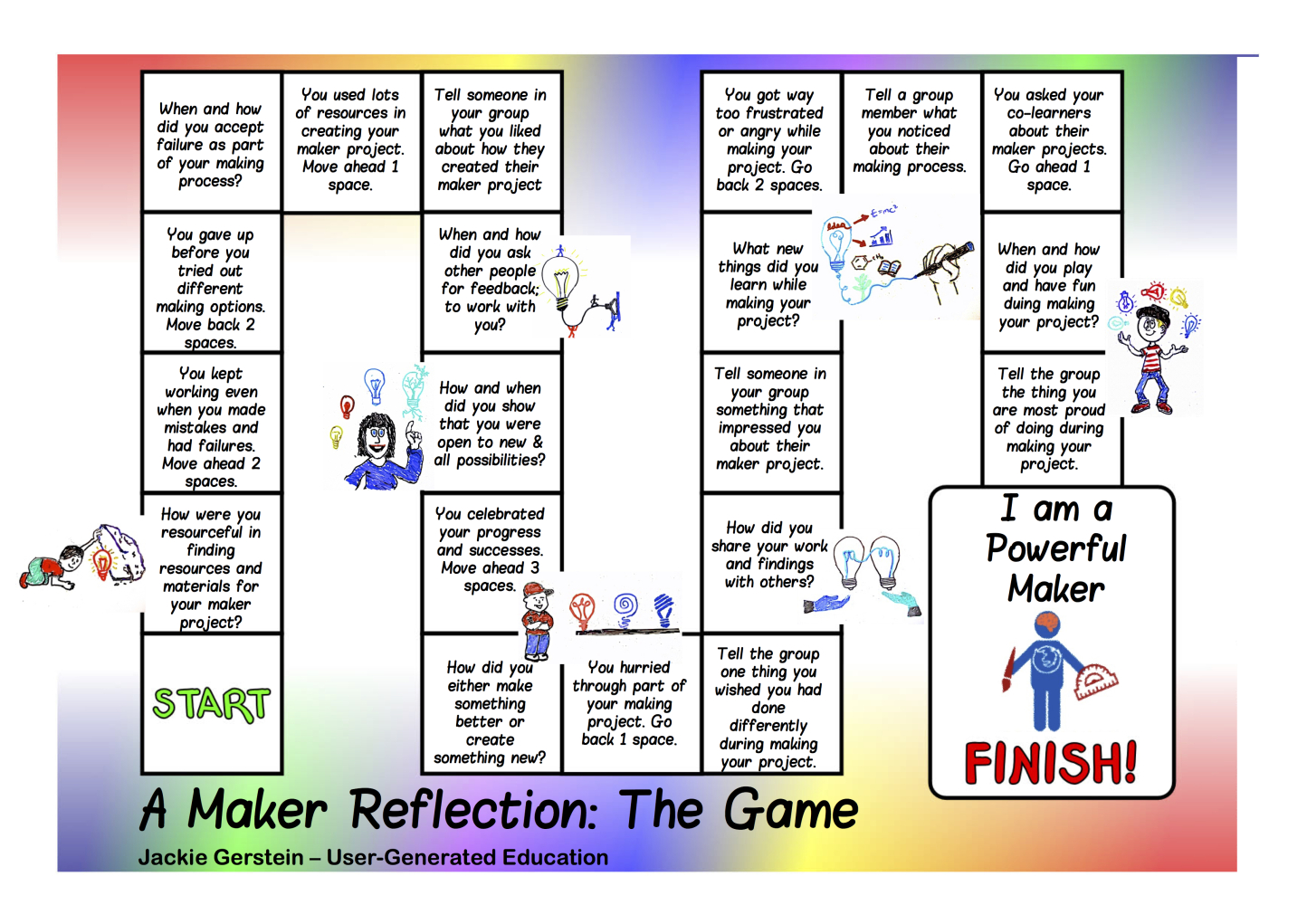 “Reflection is built into the process so learners can revisit their projects with a critical eye.  Insuring that a reflective piece is included in the maker education process assists learners in developing their own criteria of excellence and evaluating their performance based on this criteria. The reflection process is as or even more important as the making itself. John Dewey famously stated, “We don’t learn from experience . . . we learn from reflecting on experience.” The reflection process can be a form of making in itself.”    ~ Jackie Gerstein

Sometimes Jackie uses something as simple as an open Google Slide deck and encourages her students to pick a blank slide and start adding to the slide.  Other times she  encourages learners to use a variety of online tools ( word clouds, video creators, audio pieces, photo essays, online storybooks) to reflect on their learning and then she aggregates these reflection using a Google slide deck so all participants can review and examine each other’s reflections.

“The reflection process becomes a form of making in itself. “ 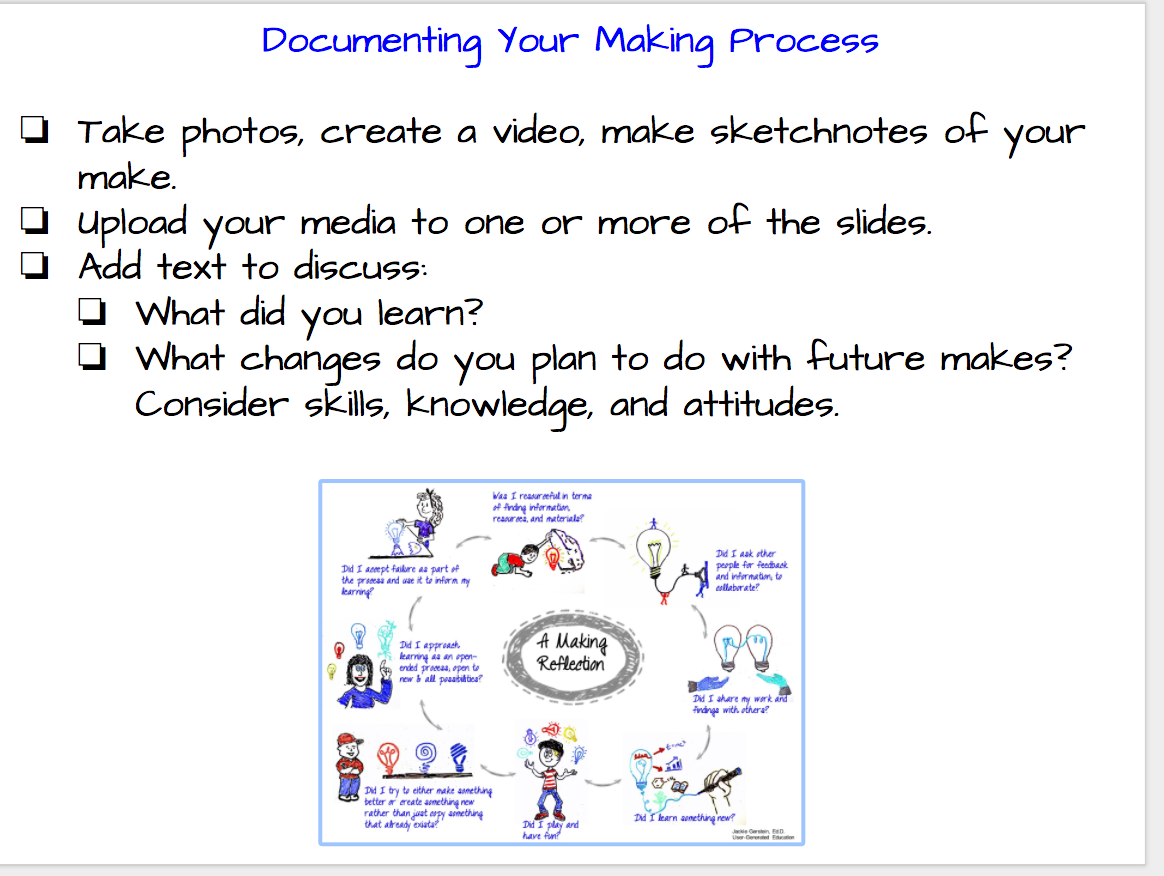 If you’re looking for a crash course on adding a stronger reflective component to your making or the making of your students, take some time to peruse Jackie’s blog and try some of the tools she had designed to support the learning process.
https://usergeneratededucation.wordpress.com/
Twitter: ‎@jackiegerstein