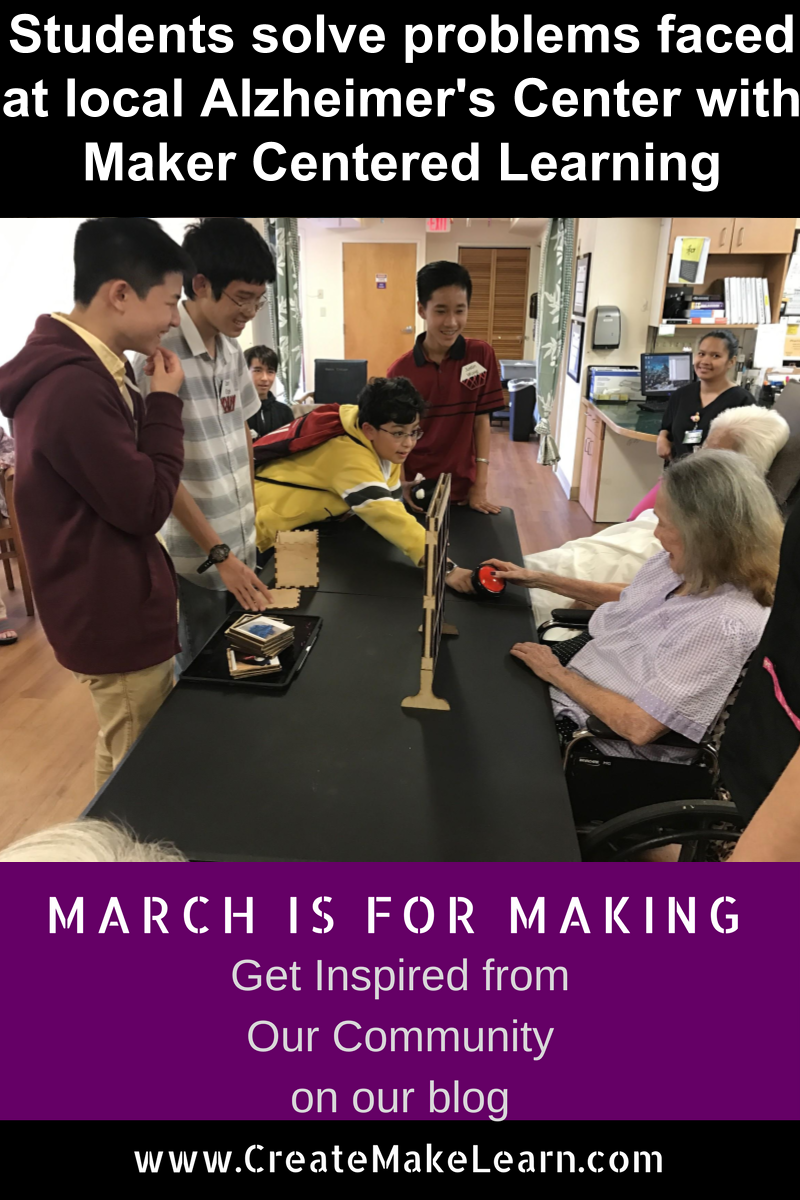 
Student agency can come from making something that is meaningful to them personally,    but when they get involved in opportunities to make things that are meaningful to others in their community, they move from Making Stuff to Making Community.


In his class, Make IT  101,  Michael  Fricano II from Iolani Schools provides his students an amazing opportunity to MAKE Community


Students designed a product that would help solve a problem that the patients and facility workers of a local Alzheimer's Center faced on a daily basis.


The projects included a texture ball to help calm the patients and provide entertainment; 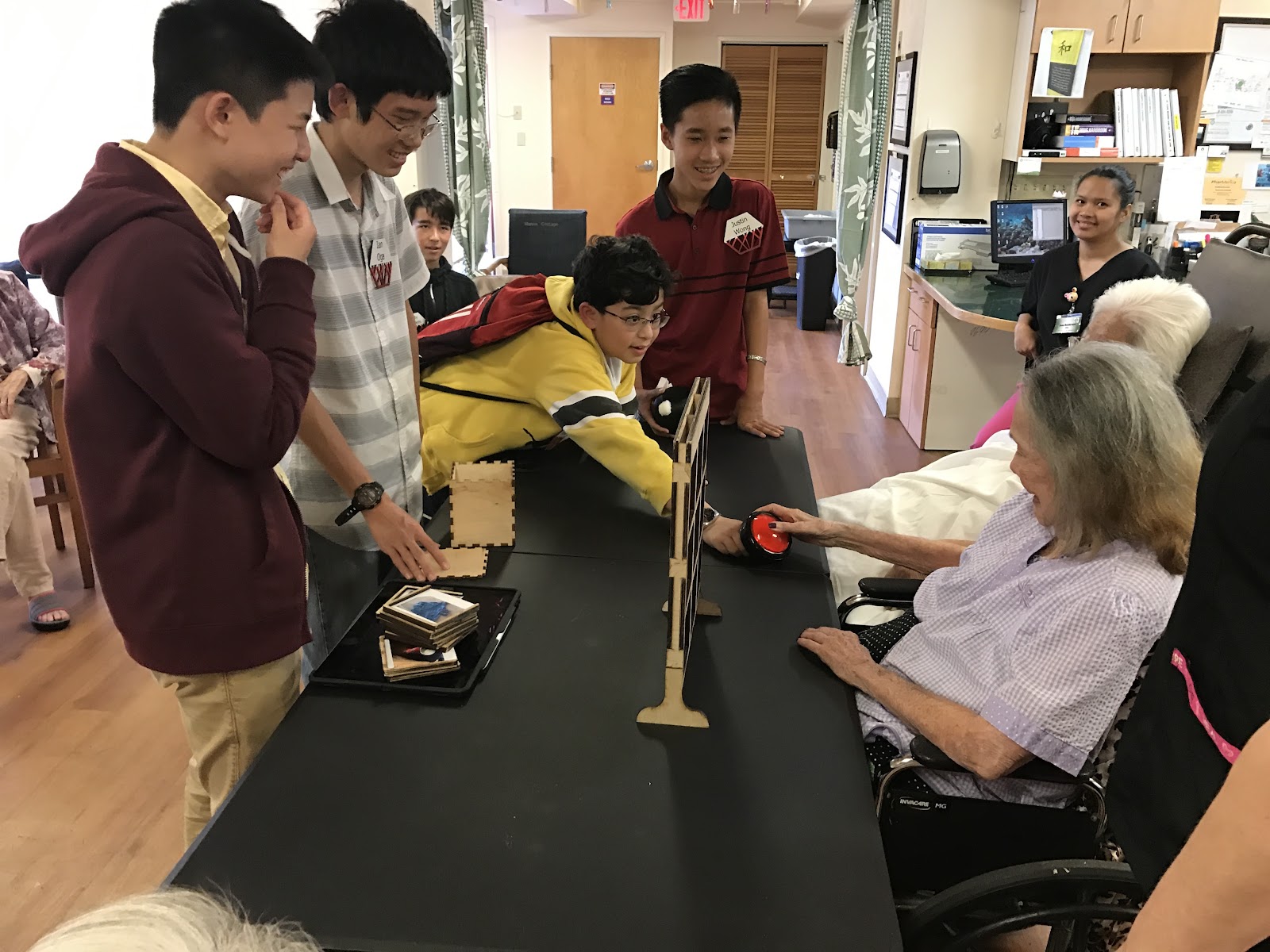 a language communication box that served as sort of like a connect 4 board where patients could drop in communication cards with pictures and word translations for things they wanted, this was to help with those patients that spoke other primary languages (japanese & korean) which made it difficult for the nurses to communicate with them; and the third project was a light box that also was meant to help calm and reduce stress and anxiety. 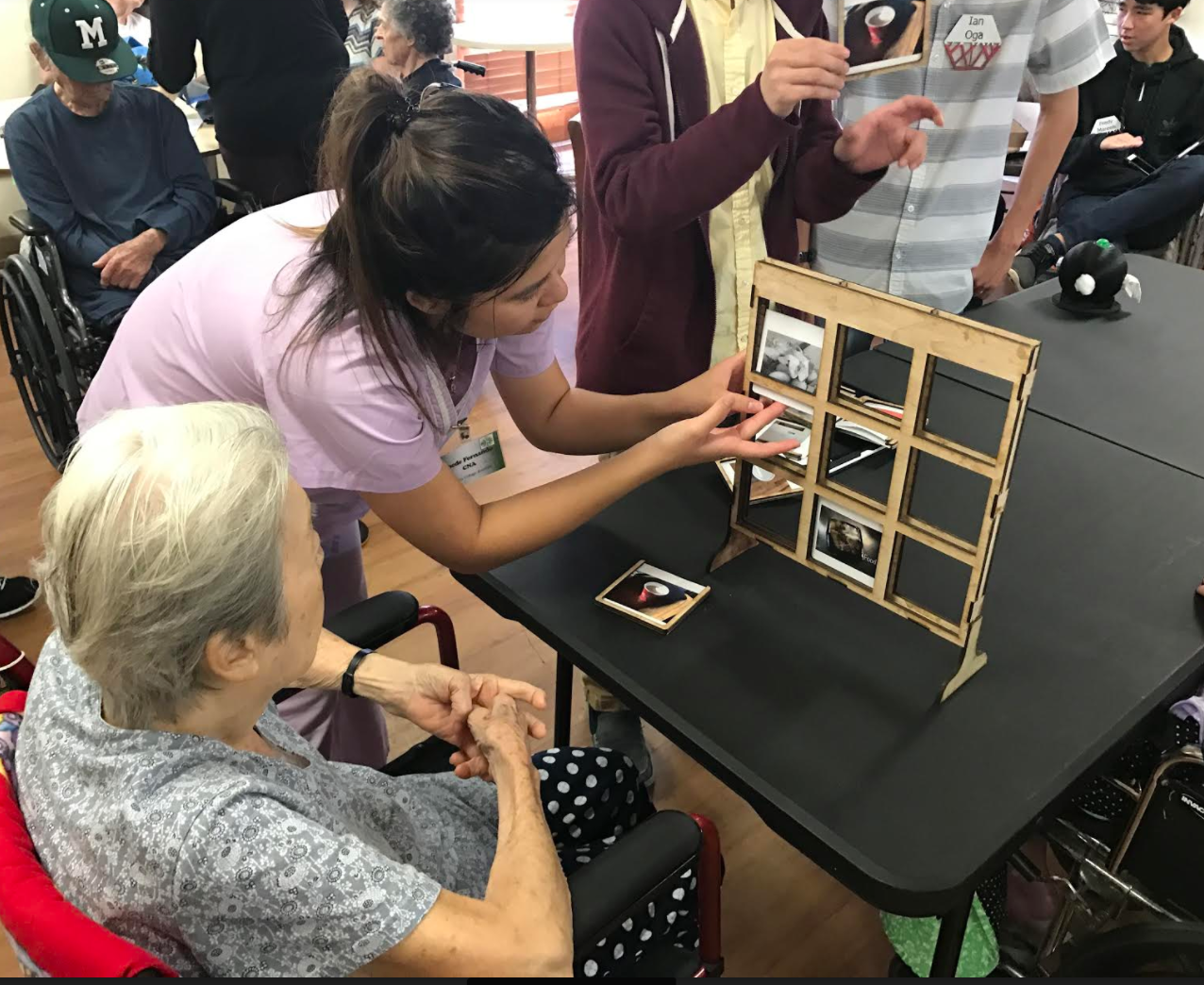 These student project touched my heart so much, I just had to share it as inspiration during March is for Making series.

Posted by Lucie deLaBruere at 7:52 PM