As you saw in our last post,  our Halloween station set up outside the bus in Desert Hot Springs, California included a DIY Jack O Lantern as greeter next to the candy bowl.  It was an opportunity to refresh or learn some foundational maker skills.

Our last post highlighted the design of the pumpkin using  Gravit and the Noun Project. We used the Cricut Maker to cut out some vinyl and cardstock and ended up with a base for our project.

My goal for part 2 was to spark a maker mindset with a little toy hacking.  A great way to do this is to look around your house for some discarded toys -  but since the bus is pretty minimalist living - I decided to stop in a few nearby dollar stores.  My goal was to find some inexpensive novelty gadget that had LEDs and made sound or vibrated or moved.

My guess  from the slim pickings is that the current supply chain crisis was at play.  But I did manage to find aa LIGHTUP mouth guard and a few clip on Halloween gadgets to break into.  No sound ;-( No motion  ;-( - but some fun lighting sequences ;-) 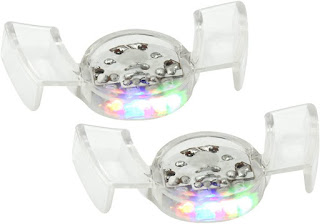 So the next step was to crack them open and see what I had to play with. 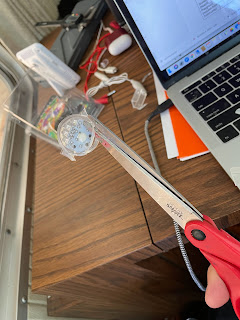 hmmm batteries,  some LED lights and a switch 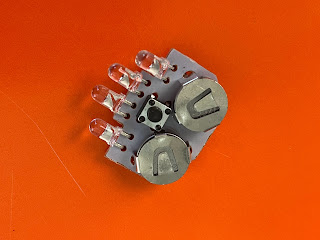 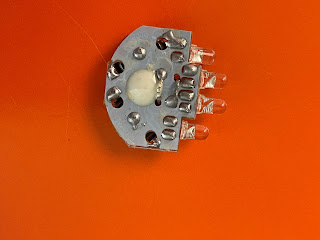 hmmm could I break apart the LED's and extend them further away from the batteries and switch? 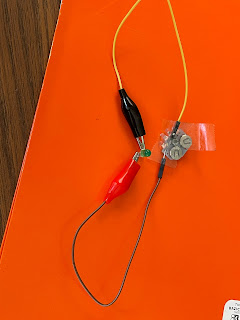 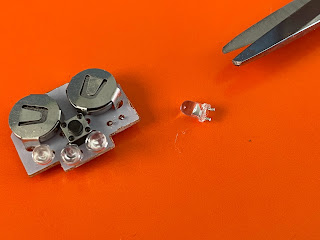 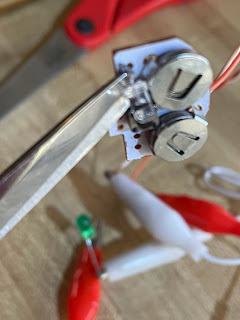 ah found a piece of network wire I could use
An opportunity to practice soldering! 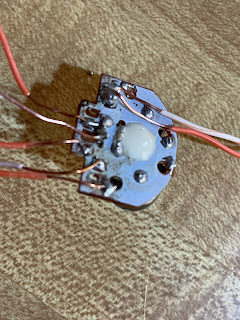 I've never been good at soldering, but since my cataract surgery this summer,
it became even more challenging
They inserted a new lens in my eyes where I can see far ... but
I can no longer see better when I get close to something 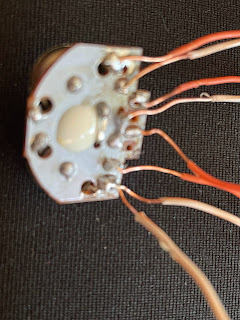 I have an idea 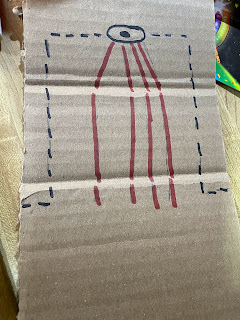 and of course some cardboard 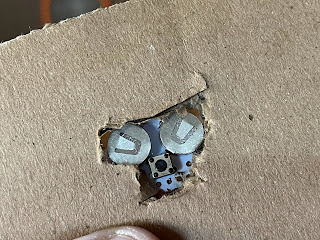 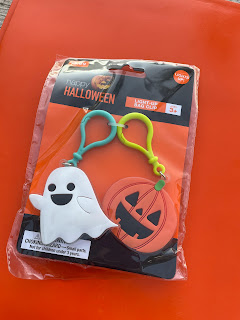 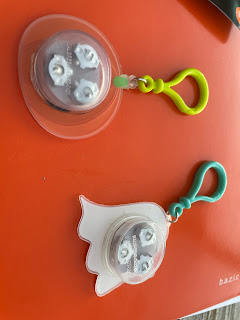 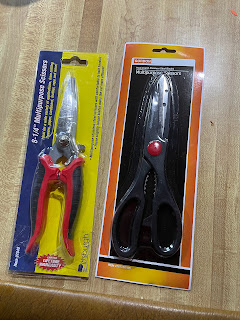 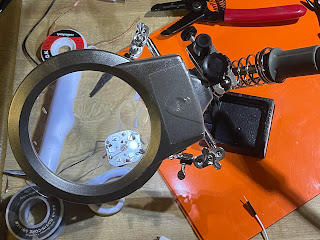 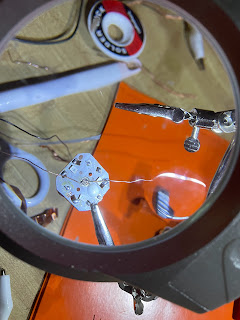 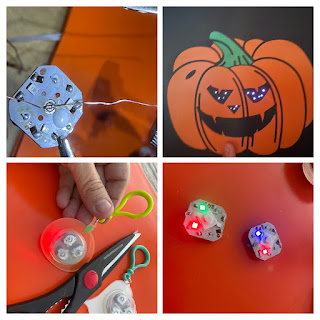 Not a bad toy hack considering the constraints I was working with.
But what if I wanted to keep the eyes blinking through the night?
hmmm perhaps adding a Microbit with some code
The Microbit also  allowed us to add an animated mouth and some music
I love any excuse to create with code 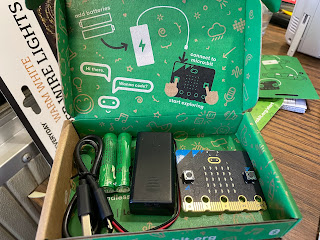 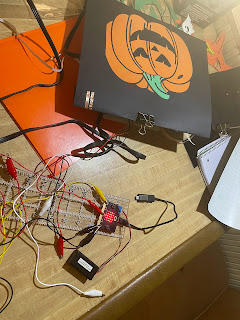 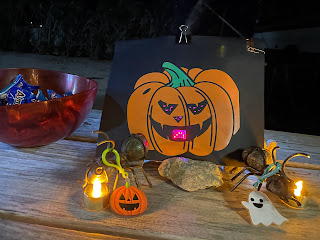 oh... and I also decided to put some fairy lights I had picked up to good use
for a quick costume change for myself 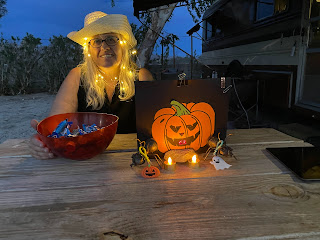 while Craig added some colorful solar lights to the bus 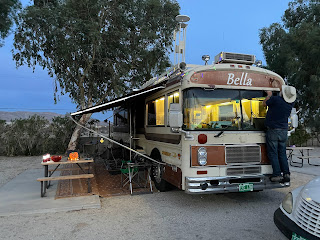 Happy Halloween
and
Happy Learning through Creating and Making